Promoting the Sport of Rodeo, Sportsmanship and Education

while preserving our Western Heritage 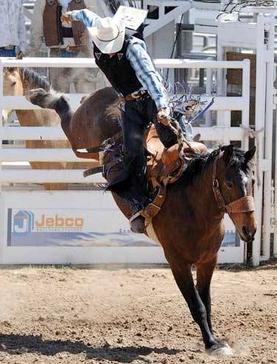 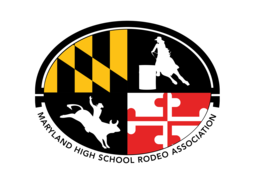 Like most amazing inventions and developments, the National High School Rodeo Association began as a simple, logical idea which over the course of a few short years, took shape into something quite incredible.

The effort that would eventually become the NHSRA was the brainchild of Claude Mullins, a Texas educator who was a big fan of the sport, and an even bigger fan of the youth he worked with almost every day.  Mullins grew up around horses and cattle and sports of all different kinds during the 1920’s.  In the 1930’s, small rodeos began to spring up in the area and he became an instant fan.  In 1940, Mullins, who was employed at the time as the Deputy State Superintendent with the Texas State Department of Education, began to notice a curious behavior among some of the local boys. He noted that these energetic youths would consistently travel to the town arena each day after school to rope calves and steers.  Seeing the youthful exuberance of the youngsters, and their love for the activity, made Mullins wonder why there couldn’t be a process to determine a “state champion” high school calf-roper, dogger, and other rodeo event title winner, similar to other high school sports.

On July 1, 1946, Mullins accepted a Superintendent position in Hallettsville, Texas.  Mullins himself had continued to rodeo whenever he had the time do so. And two of the gentlemen that he competed with regularly happened to form a special connection.

Alton Allen was a local attorney and cattle rancher in the area.  Leon Kahanek was also a cattleman and a pharmacist as well.  Mullins told his friends of his interest in seeing high school students excel in the sport that he loved so much, and his idea of somehow designing a championship high school rodeo competition to determine the best athletes.  Mullins would always later say that high school rodeo would never had been possible without the terrific ideas, hard work and leadership of those two gentlemen.

On June 20-22, 1947, the very first Texas State High School Championship Rodeo was held. It featured a total of 121 entries, with athletes competing in just two events - Tie Down Roping and Breakaway Roping.  Impressively, the rodeo drew contestants from across the state of Texas.  The response to the new rodeo event was staggering and before long, a large amount of interest in the high school sport was generated in other states as well.  In 1948, the state of New Mexico offered a similar rodeo event and that was then followed up in 1949 by productions in Louisiana, Montana and South Dakota.

With such an amazing response across several states, the next step, naturally, was to create a National High School Rodeo. The very first national finals was organized and held in Hallettsville in August of 1949.  To qualify, students had to be the winners in state rodeos, or the first four in each event entering from states where a high school rodeo had not been held.

It was also at this rodeo that the National High School Rodeo Association was officially formed. Claude Mullins was elected as the Association’s first President and Alton Allen was elected into the initial Secretary position.  The men would eventually hold these positions for the first five years of the NHSRA’s existence. In 1954, though both men had been re-elected to their positions, they each decided to decline the offer in order to help encourage more individuals to get involved within the Association.  Bob Russell of Fife, Texas, who would later go on to become Missouri’s National Director for twenty years, was elected into the first Student President’s position in 1949.  It was also decided that the location of the National Finals would rotate among member states.

Always an educator at-heart, Mullins ensured that a precise formula for eligibility was indoctrinated into the Association.  “The rules were strict in the state and national rodeo,” he once wrote.  “Each student was certified by his school principal as being a ‘regular student,’ passing his school work, of good character, and meeting the age requirement.  There were no entry fees.  But many valuable prizes and college scholarships were offered.  Since many of the rodeo contestants participated in other school sports, they often refused the prizes in order to not jeopardize their eligibility in other sports....All other state and national high school rodeos were held during the summer months in order to not interfere with regular school sports.”

Today, Claude Mullins’ dream has evolved into an organization that probably could not have been foreseen when he first saw those young boys innocently practicing their roping skills so many years ago.  Mullins passed away in 1990.  Yet his legacy of support for youth, and his love of rodeo, continues to have a dramatic difference in the lives of over 10,500 students in the United States, Canada, and Australia.  And what was once a national finals that featured 121 entries has now grown into a National High School Finals Rodeo that features over 1,500 students on a regular basis and has become known as the “World’s Largest Rodeo.”

The creation of the Junior High Division in 2004 helped bring the excitement, mentorship, and thrills of rodeo to a new generation of junior high school students.  And with each passing year, the Association continues to build upon its legacy of promoting the sport, while also supporting and preparing the future leaders of our society.

Mr. Mullins would be incredibly proud.